Does a bad bitcoin price equal a poor Nasdaq?

Is there a tertiary link between the price of bitcoin and the performance of the Nasdaq Composite?

I only ask the question as the six months charts of both look remarkably similar as my devoted readers can see from the charts below. 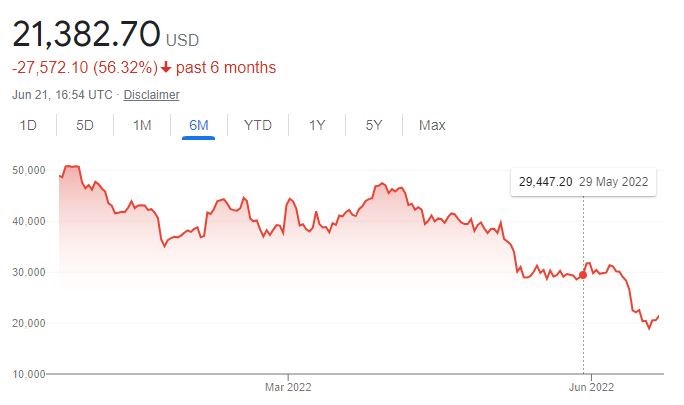 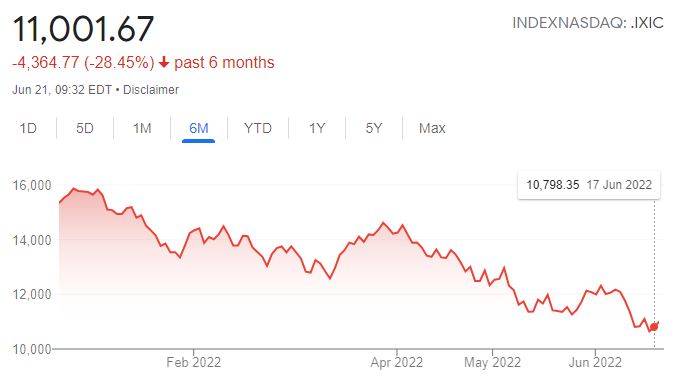 Some purists might argue that it is a sad day when the mighty Nasdaq might be influenced the price of Bitcoin but some clever boffin has figured this out and has probably written some clever algo which tracks the two.

Perversely, one could also reason that the rise in crude prices has had a detrimental effect on the bond market. If only we hark back to those halcyon days when the US was a net exporter of oil.

Bitcoin  has rallied approximately 20% from it’s weekend lows of 17,800 so there is plenty of scope for both the Nasadaq and the S&P to rally from here. The recent intra day lows of the S&P are around 3,630 so I am guessing, aren’t we all that 4,200 might be attainable . Squeeze those bears I say before we begin the next leg down of the inexorable bear market. 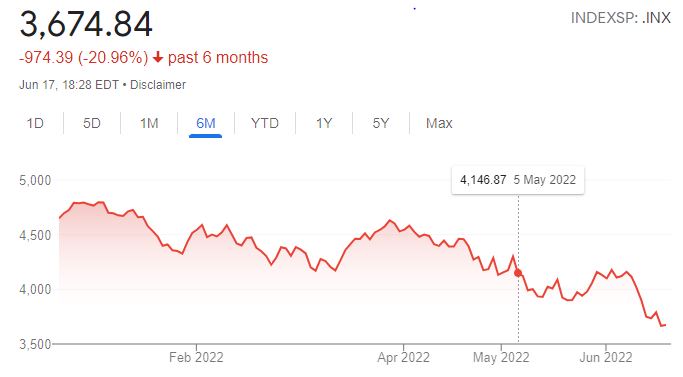 Never mind, Geriatric Joe is off to Riyadh to kiss MBS’s ring metaphorically speaking and all will be right with the world again. Let’s hope that he rides a camel better than he does a bike.