What are investors really worried about? Yes, it’s the three Rs, and that’s not reading, writing and arithmetic. It’s Russia, recession and rates.

Following a recent plethora of semi apocalyptical warnings from the great and the good on Wall Street and also a warning from Elon Musk Tesla CEO that he had a “super bad feeling “about the economy, where do we go from here and what should we do to protect our wealth and investments? Jamie Dimon of JP Morgan, James Gorman of Morgan Stanley, John Waldron of Goldman’s and Jane Fraser of Citi have all come out recently with varying degrees of gloom and doom but it is Leon Cooperman’s , CEO of Omega Advisors,  comments of today that merit a closer look. He is forecasting a drop of 40% from the highs of the S&P. I f he is correct, that would take the index to approximately 2,880, down from it’s highs of 4,800. 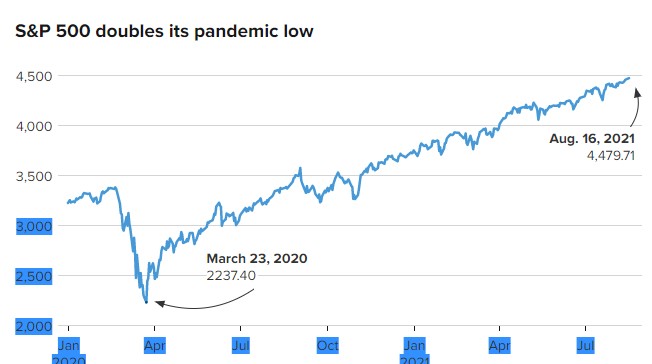 So given the speed of the rise during the Fed’s stimulus to protect the real economy against the ravages of Covid, it is not unreasonable to find Cooperman’s comments to be believable. He also described Crypto, NFTs and SPACs as “crap”. With hindsight, they were all a by-product of the “top of the market” syndrome where investors were desperately looking for growth whilst ignoring all basic fundamentals and common sense. This became a market where you bought something because you thought you could make a profit by selling it on to another mug at a higher price. Despite countless warnings from an assortment of central bankers warning that “ investors” (mug punters),  could lose all their money investing  in crypto, (gambling in), countless hapless folk are now complaining about their losses. Crypto will be remembered by history with incredulity like the Dutch Tulip frenzy

So what happens now? Playing bear market rallies can be very lucrative if you are brave and nimble but it’s not for widows and orphans. What is certain to me is that we have already entered a bear market and it is now a question of length and severity. For corporate investors, there is good value in some quoted UK companies , particularly given the weakness of sterling but Europe looks it’s normal moribund self and beware the warning signs of the premium of Italian BTPs over German bunds. Don’t underestimate the ability of the EU to focus on the political agenda over the sensible decisions that need to be taken to rescue a trading block from it’s perpetual sclerotic economic performance. A word of congratulation to the EU for financing Putin’s war on the Ukraine. They have spent circa €90 billion on buying Russian oil and gas since the war started. They have blood on their hands.

As for geriatric Joe’s impending trip to the Kingdom of Saud, and let’s hope that Jamal Khashoggi’s fate doesn’t befall him, let’s not forget that if he fails there, he can look forward to visits to Venezuela and Iran. Let’s not forget that under Trump that the US became a net exporter of oil whilst “Sleepy Joe” blames inflation and higher oil prices on “Pootin”. God save America because nobody else will. Be careful out there.