Is being woke a disaster for business?

The question is whether being woke is a disaster or a benefit for business. One helpful metric might be to track the share performance of four companies whose share prices are under extreme pressure for having pursued overly zealous woke practices at the expense of shareholder value.

The first one is Twitter whose enthusiastic pursuit of a left-wing agenda has led to an underachieving share price. This has resulted in a take over approach from a man the workforce hate. Even Jack Dorsey, one of the founders of Twitter, endorsed Musk’s offer. Why wouldn’t he? Musk’s offer made his 2.4% shareholding better off to the tune of $270 million. Does Dorsey’s endorsement concede that without Musk’s intervention, Twitter could have ended up worthless due to it’s  workforce’s relentless woke agenda? I never understood how they could ban Trump but not the Taliban. What will happen to the Twitter share price if Musk walks away? 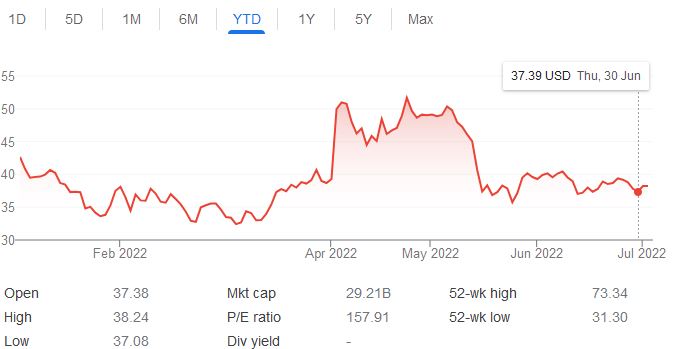 Other examples of woke disaster businesses

Next, I turn to the appalling share performance of Netflix this year which has been well documented by financial observers. What started off as a streaming service for subscribers of all backgrounds and all tastes, metamorphosed into a service with limited appeal to the general public and appealed only to a very woke audience. Viewers wanted to watch shows like the Crown, House of Cards and Orange is the New Black and instead were treated to woke and virtue signalling shows like Sex, Love and Goop, He’s Expecting which  turned off their subscriber base. Thank God they finally saw sense and dropped Meghan Markle’s animated series The Pearl but by then it was too late. After their last set of results, the share price tanked 35% in one day and currently sits at $180, down from a high of $700. Netflix’s management have finally woken up to what subscribers want to watch but woke and virtue signalling shows have been a disaster for  shareholder value and it’s business.

Disaster for Disney as it goes woke

“My business is making people, especially children, happy,” said the late Walt Disney, founder of the global entertainment juggernaut that bears his name. “The important thing is the family. If you can keep the family together—and that’s the backbone of our business, catering to families—that’s what we hope to do.” You can’t say they are doing this anymore. Many conservative families who are angry that their children’s favourite animated films are being used ‘to indoctrinate the children of America into becoming the woke activists of tomorrow’.

They also point to other moves by the newly woke Disney, such as including a same-sex kiss in the new Lightyear movie, adding ‘racism’ warnings on children’s classics such as Peter Pan and The Jungle Book, and changing it’s greetings at parks from ‘boys and girls’ greeting to the gender neutral ‘dreamers of all ages’. No wonder the share price has tanked 44.65% in the past year.  Walt must be turning in his grave as woke management lose the plot and destroy his once fabled business. 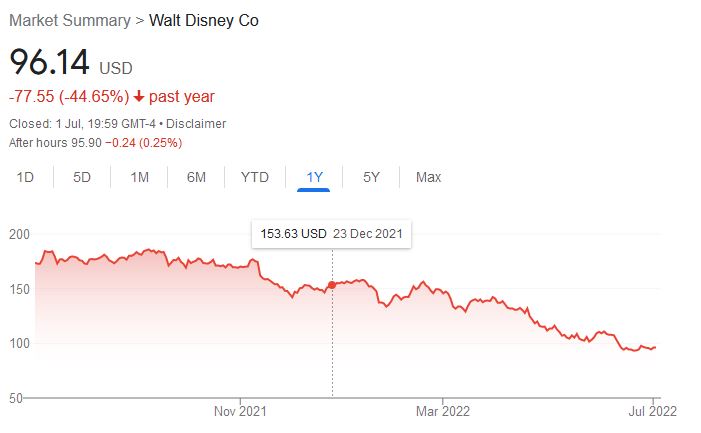 Finally, I have chose Unilever as my last example of going woke

Unilever is a £100billion company, one of the biggest beasts on the London stock market and the custodian of some of the best-loved brands in our shopping baskets, from Dove deodorants to Marmite spread.

But have its bosses gone off their trolley in their mania for ‘woke’ values? There is  a public row over the refusal by Ben & Jerry’s, one of Unilever’s brands, to sell its ice cream in the ‘Occupied Palestinian Territory’ as one instance of bonkers woke behaviour. Whatever one’s views on this topic, Unilever shareholders might think Ben & Jerry staff would be better off concentrating on sale of tubs of Vanilla Pecan Blondie. Under the previous CEO, Paul Polman and the current one, Alan Jope, they have pursued a business model with a continuous woke and virtue signalling agenda. The company website is a cornucopia of wind turbines, flying kites and hummingbirds, with slogans trumpeting: ‘We’re using our scale for good, we are Unilever.’ For a value share company, they have woefully underperformed their peers like P&G and Nestle and cannot blame that on the tech sector sell off. Their poor share performance has enticed Nelson Peltz into building up a stake of 1.5% and one can’t imagine that he’s very impressed with the company’s management and the woke direction it has taken.

You might not go broke if you go woke but you better remember that it’s the shareholders who own public companies and you can’t afford to alienate your customer base by management burnishing their woke credentials.