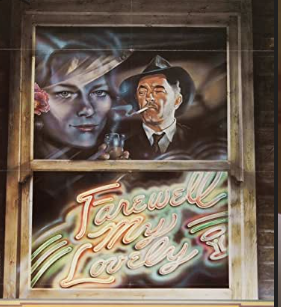 Have we seen the end of those Utopian days when every investor bought the dips, knowing their backs were always going to be covered by the Fed and other central bankers with the promise of more QE and continuing low rates? Is the end nigh for the longest bull market of all time, predicated on central bankers terrified of the R word and in thrall to their political masters? Is central bank independence a contradiction in terms? How is it that they have all forgotten their main priority, price stability?

How have they managed to get so far behind the inflationary curve that they are now caught between the proverbial devil and the deep blue sea? By failing to acknowledge the incipient threat of inflation early enough, they could now be forced to raise rates quicker and higher than they ever envisaged which will quicken the inevitable recession. How can central bankers look themselves in the face in the morning with inflation at 8% and interest rates barely above 1% in most developed countries?

The knock on effects of this failure by central banks could be catastrophic for financial markets. You only had to witness the fall in US markets last Friday, spooked by a slightly higher CPI number, to conclude that unless you are a fantasist who continues to bleat the mantra that the inflation numbers are transitory , that there is very little escape for investors from the Scylla and Charybdis  of rising rates and  stubbornly high inflation

There is little confidence from market practitioners that the dreaded R word can be put on hold and that the fall of markets can somehow be avoided. When you consider that the most sophisticated financial market in the world has a current Fed Funds rate of 1% with inflation nudging 8.6%, you   can deduce that real interest rates in the US are currently -7,5% . The ECB under the auspices of the highly overrated Lagarde, have interest rates at -0.50 and inflation at 8.1%, so something has got to give.

So, either inflation has to fall sharply and remain controlled or central bankers will have to continue raising rates, however reluctant they might be.

What could prick the inflationary bubble? Well, a best case scenario is that Putin dies or is assassinated to be succeeded by a pragmatist who is not wedded to the idea of a reversion to Russia’s boundaries prior to the fall of Communism. It does not help that the continued invasion and part destruction of the Ukraine is being funded by major European powers continuing to buy Russian gas. The withdrawal of Russian forces following the grateful demise of Putin would likely lead to a fall in oil, wheat, sunflower and fertiliser prices which would be a welcome start. Perhaps OPEC could be persuaded to raise output sharply?

Having insulted MBS over the murder of Jamal Kashoggi, the incontinent and geriatric leader of the free world is now travelling to Saudi to grovel for an increase in output. It should not be forgotten that under the much maligned leadership of Trump that the US was a net exporter of oil. If “Sleepy Joe” fails in the Kingdom of Saud, he might even have to turn to Venezuela or even worse Iran as his next port of entreaty. What a sad indictment of a country’s independent energy policy. Rather similar to Britain,  who has enough natural gas for over fifty years supply, leaving aside their oil and coal resources but chooses to aim for ludicrous net zero carbon emissions by 2050.

So, what next for markets you may well ask yourself? Bear markets spend two thirds of their lives rallying. The recent lows of the S&P are around 3,800, so a return to test those levels would seem likely but we are entering a heightened level of pessimism which may well provide a sharp rally but if you believe that we are and have been in a bear market for some time, it is advisable to be nimble and to sell the rallies. It is hard to see any reasons for optimism which is why markets could rally but the negatives far outweigh any positives at the moment.

A final word of warning, the storm clouds are gathering for a crash in property prices in developed countries, particularly the US and UK. On March 22nd, S&P Global Ratings warned that European real estate is overvalued but London property is overvalued by the not inconsiderable rate of 50%.  Even Spain has been on a roll, particularly Madrid, despite recent warnings from the European Commission over it’s high external debt, public and private.

So, in short, markets and stocks will get oversold and will endure sharp rallies but the overall trend is down. Be careful out there.